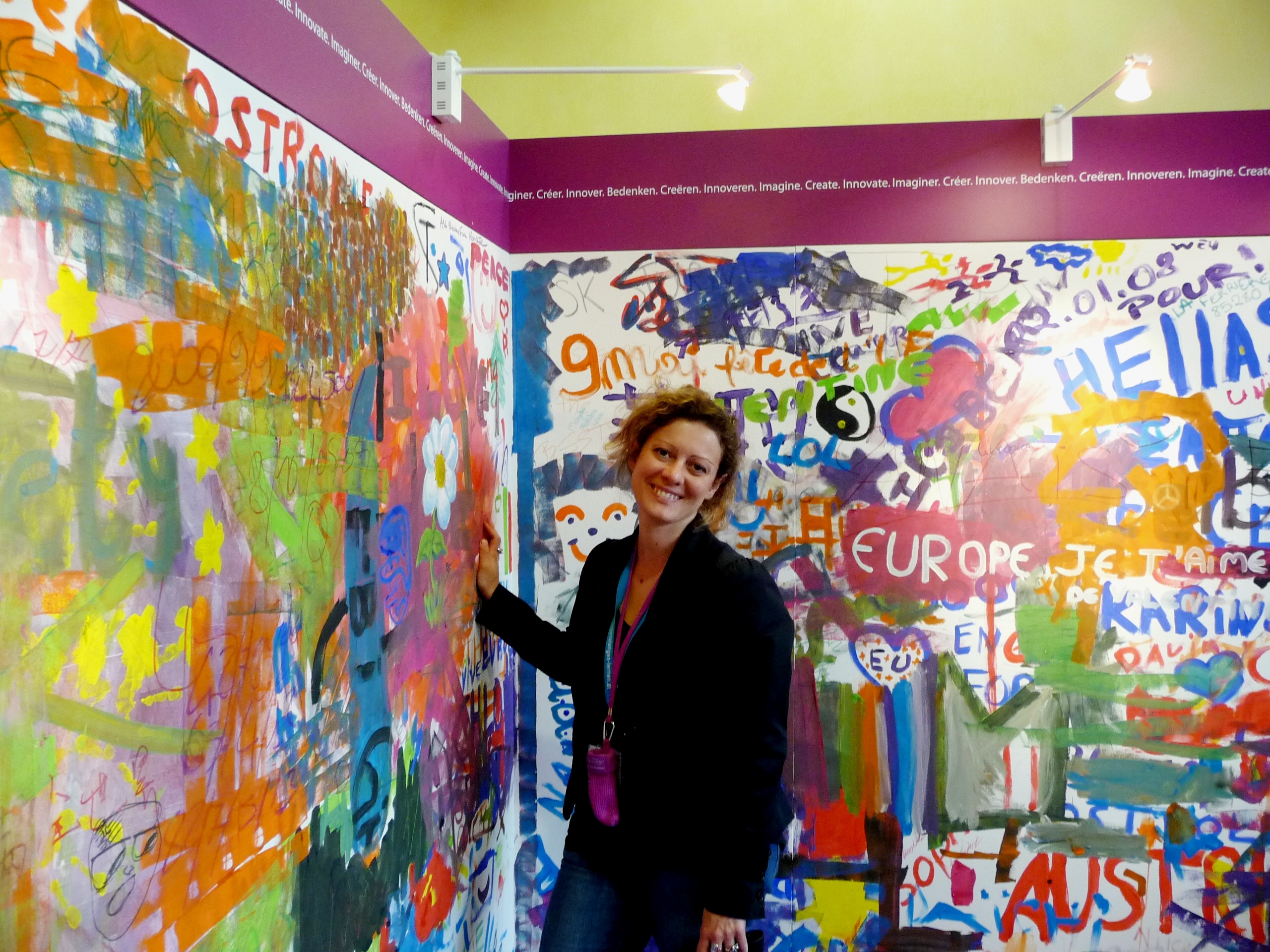 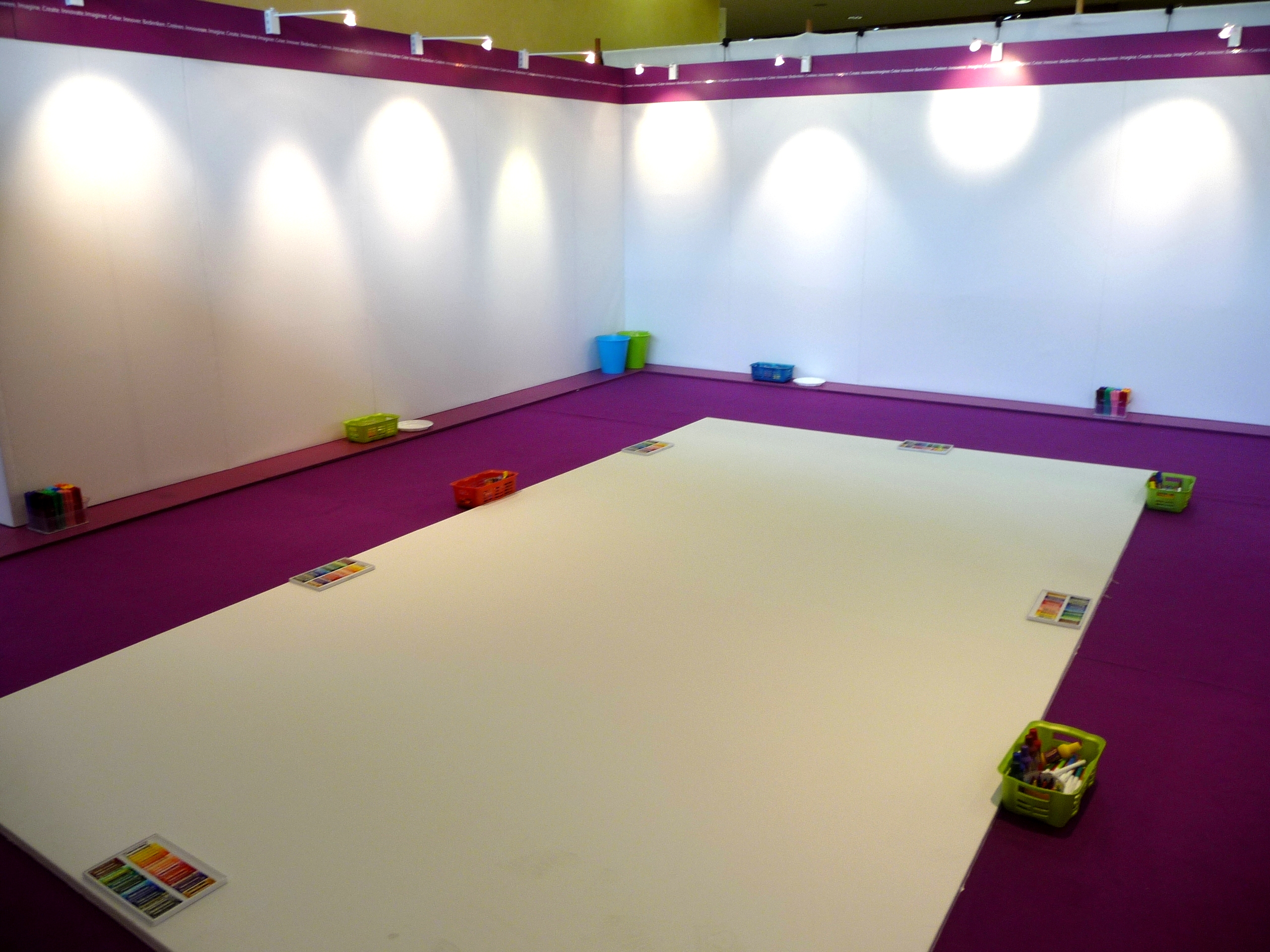 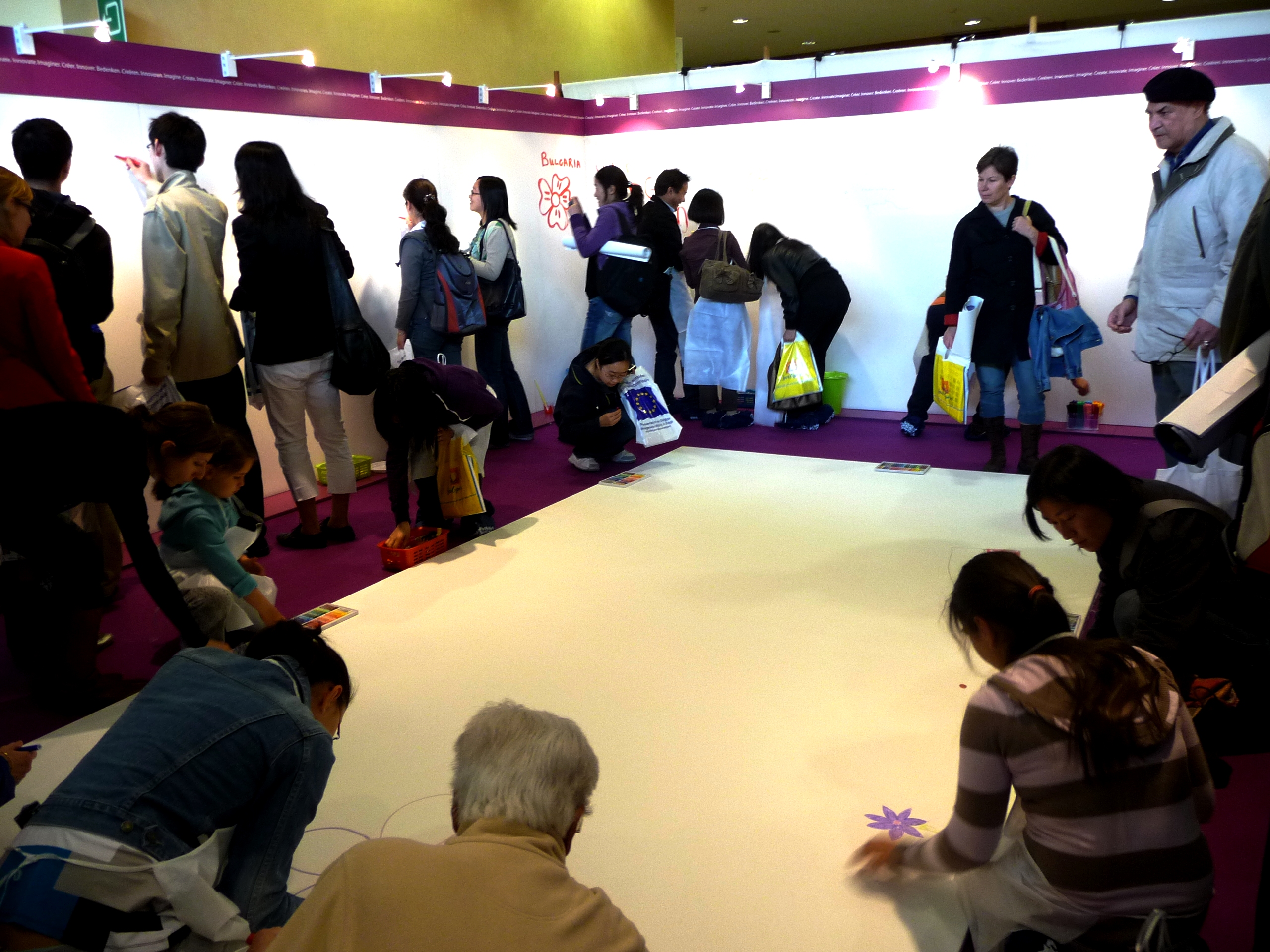 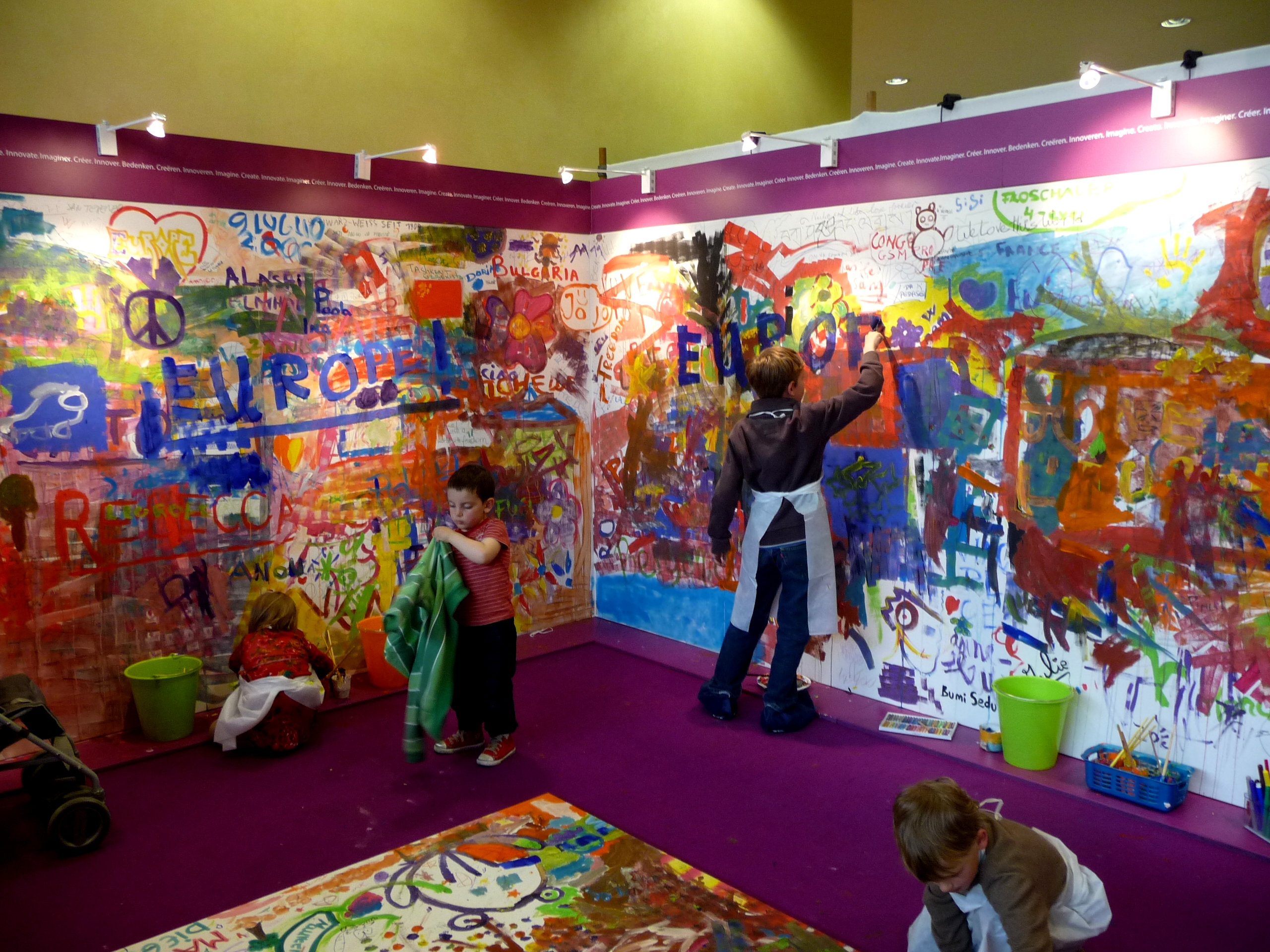 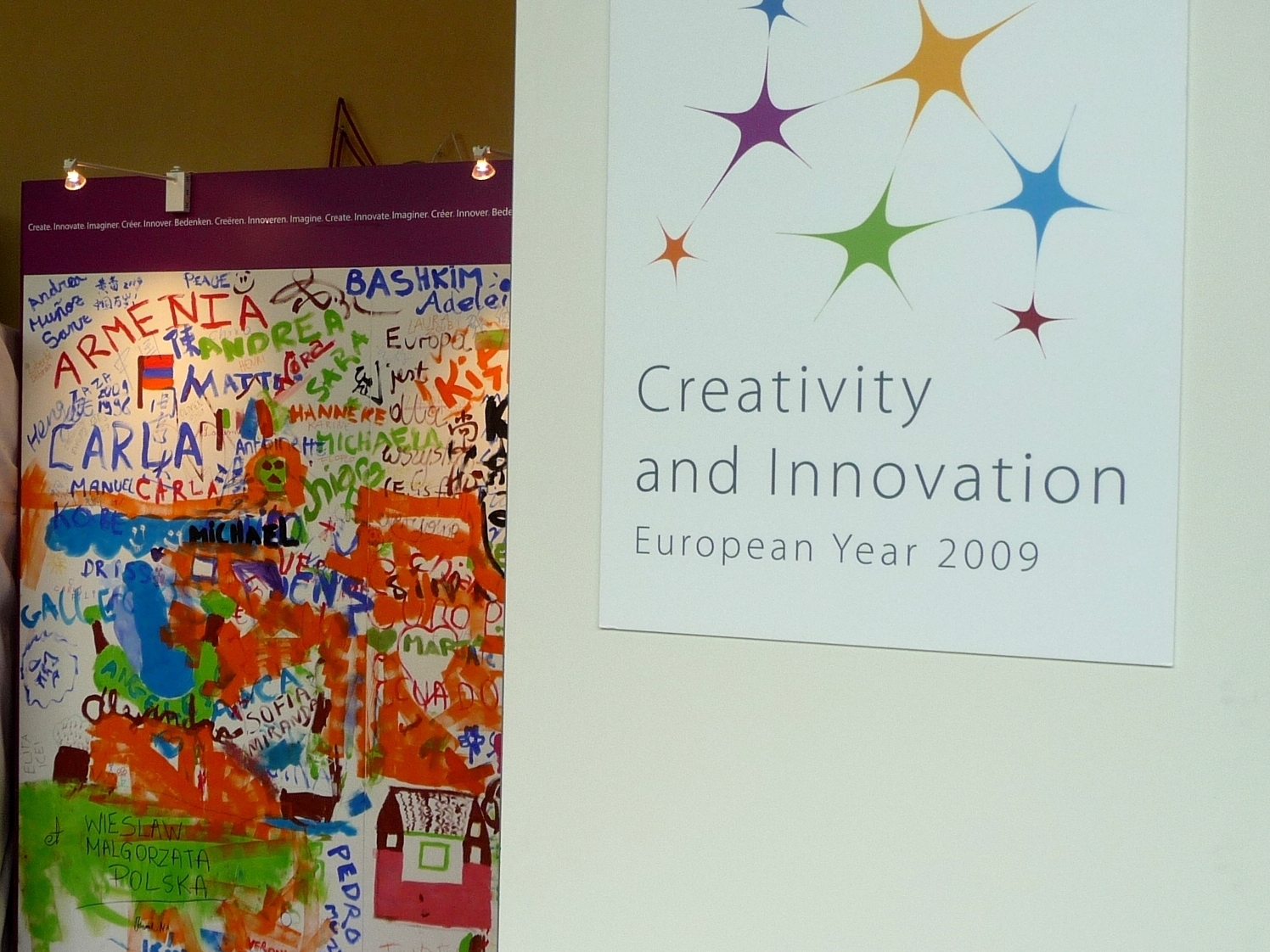 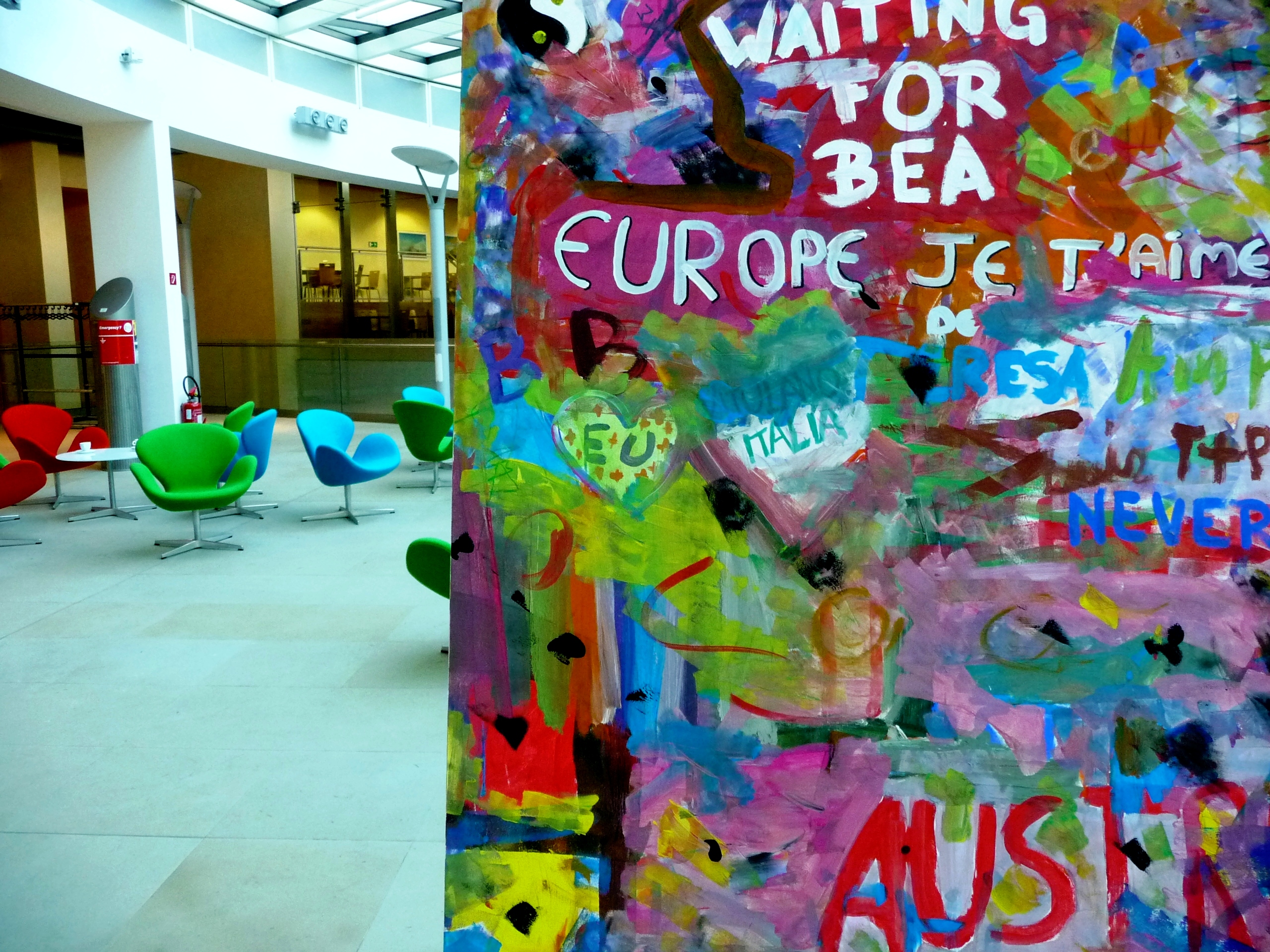 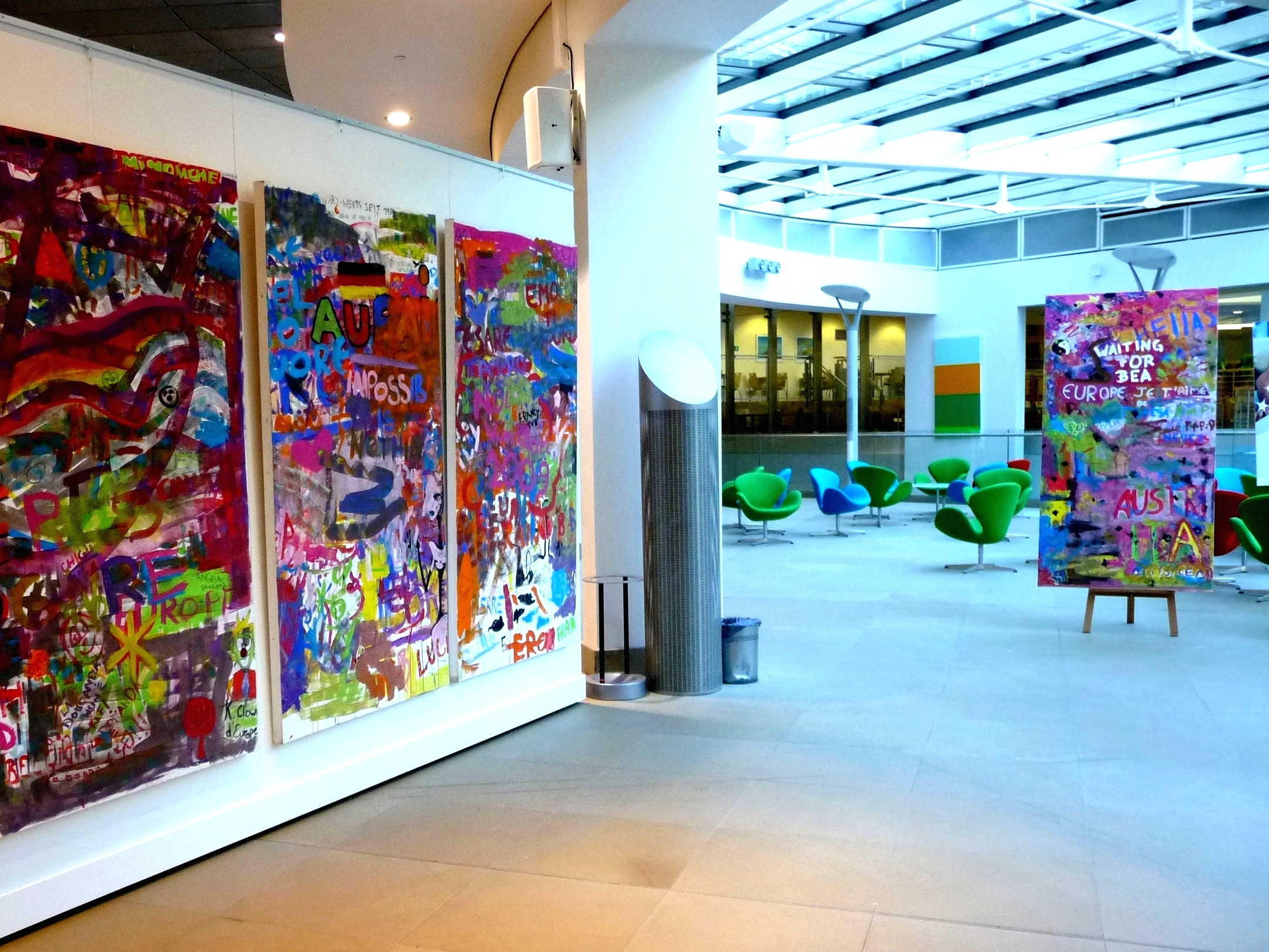 CREATIVITY IN ACTION is a project implemented in 2009 for the Directorate General of Education and Culture (DG EAC) in the European Commission. The concept of interactive painting inspired the DG EAC stand in the Berlaymont Building to celebrate the Schuman Declaration during the Open Days, 9th of May 2009 and 2011.
A Global Village was built in order to provide a space for free artistic expression for EU citizens: 22 metres of white canvas were at their disposal to paint or write a message, so expressing their creativity. This space had a symbolic value, meaning that DG EAC intends to celebrate the EU process giving people the opportunity of interacting with EU institutions and being creative, as 2009 was the EU Year for Creativity and Innovation.
The Global Village was a success; this is why DG EAC decided to organize the ‘CREATIVITY IN ACTION’ exhibition to show paintings created during the Open Days in the Madou Atrium and in the Berlaymont Building.