In Planetarium on Greek mythology 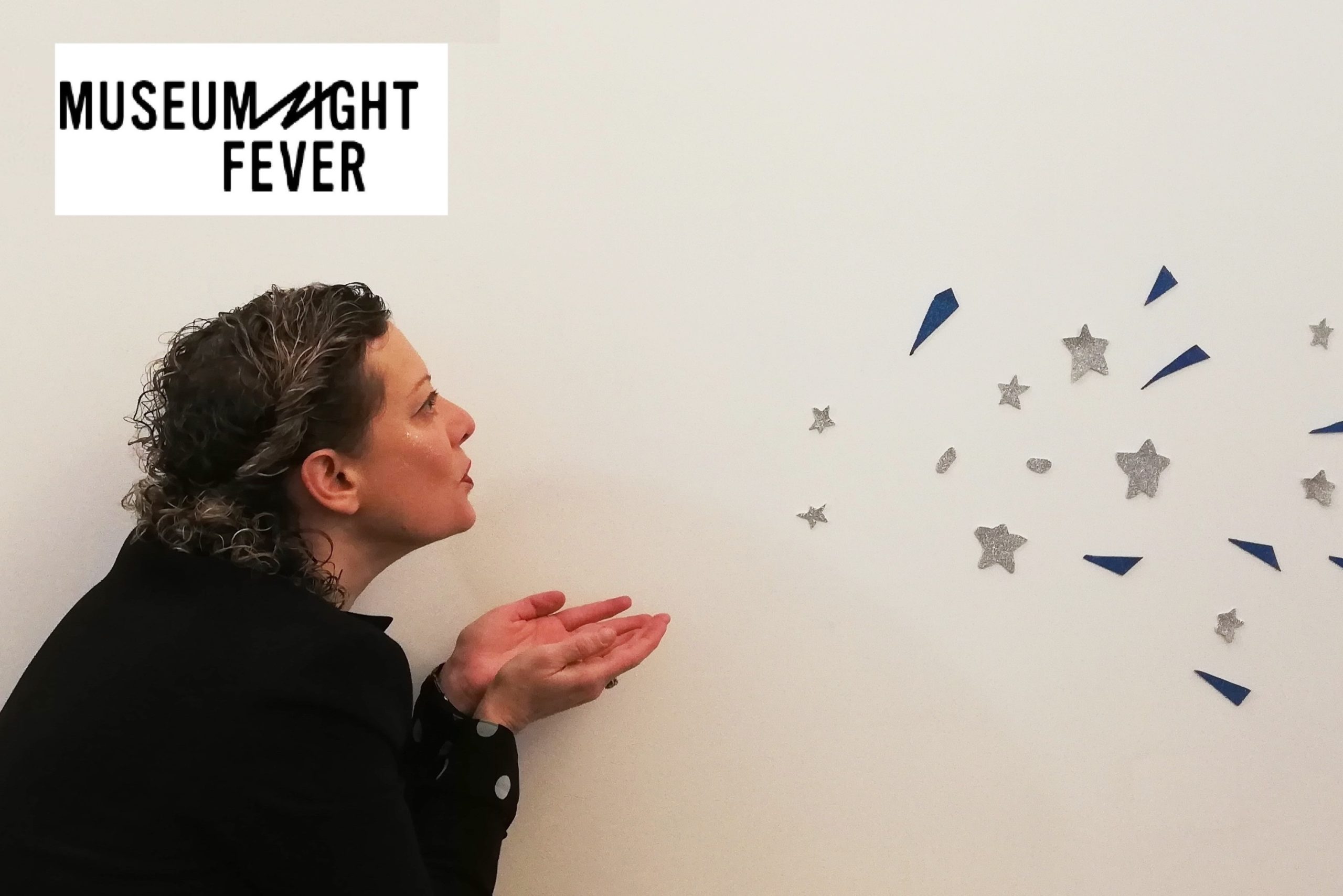 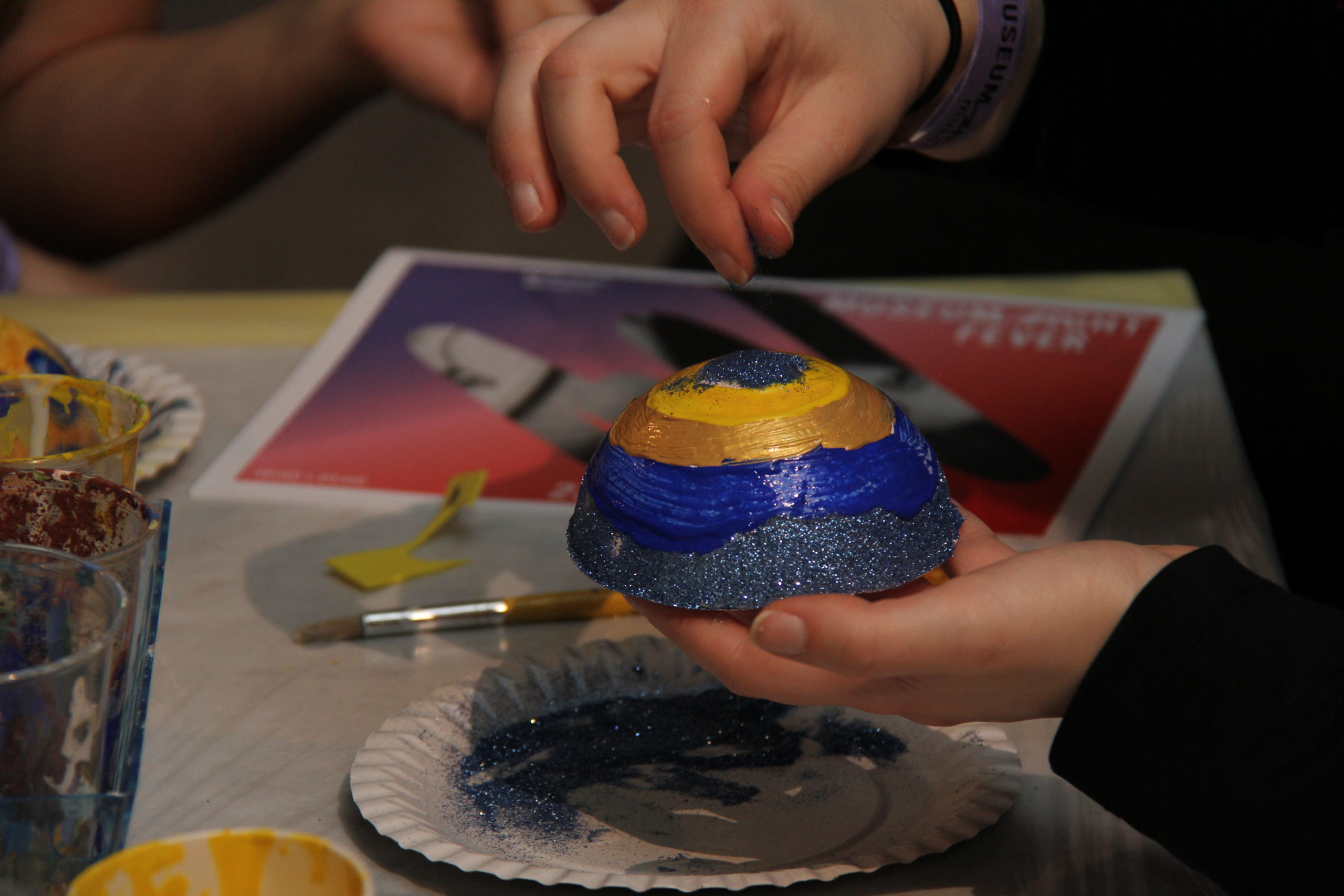 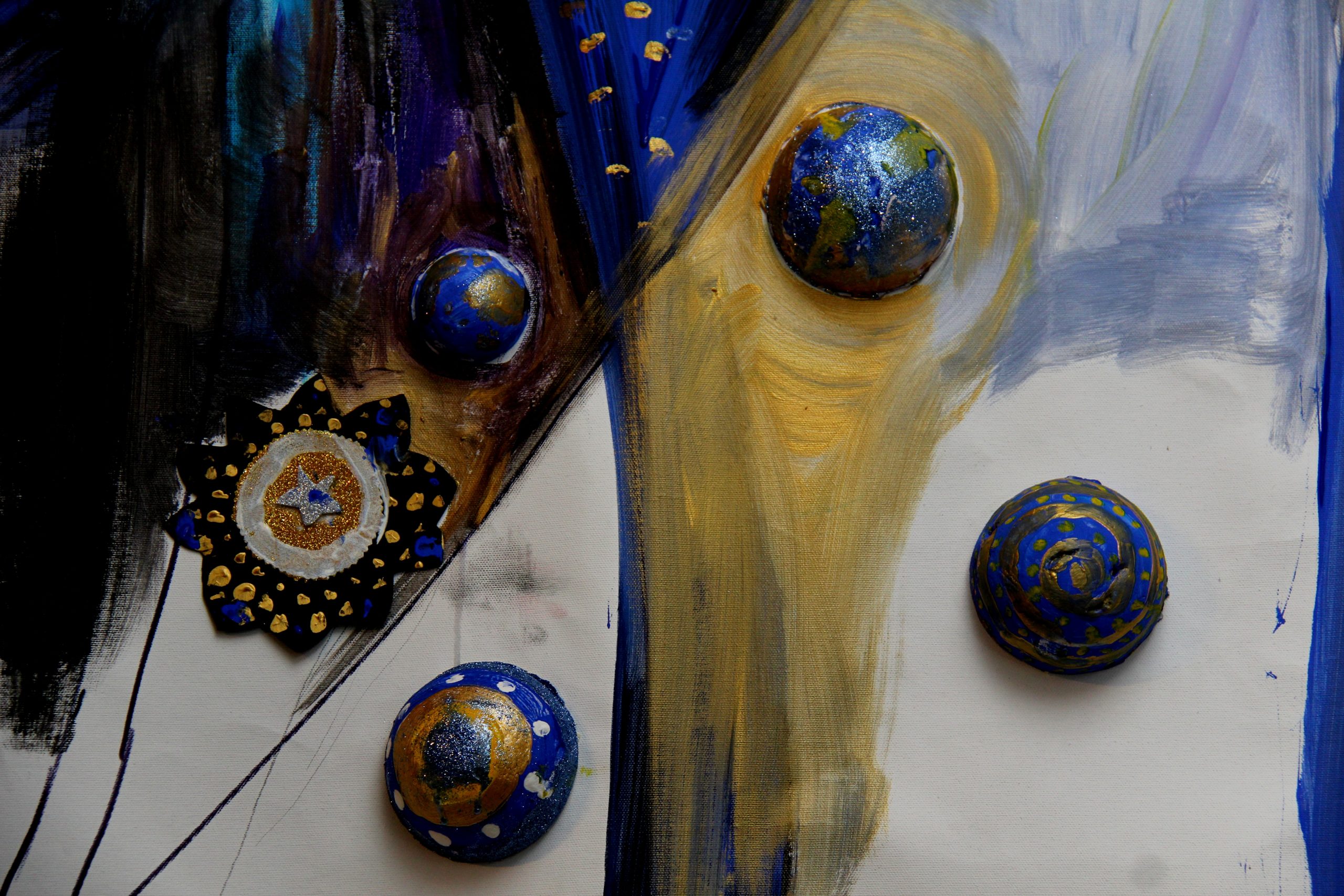 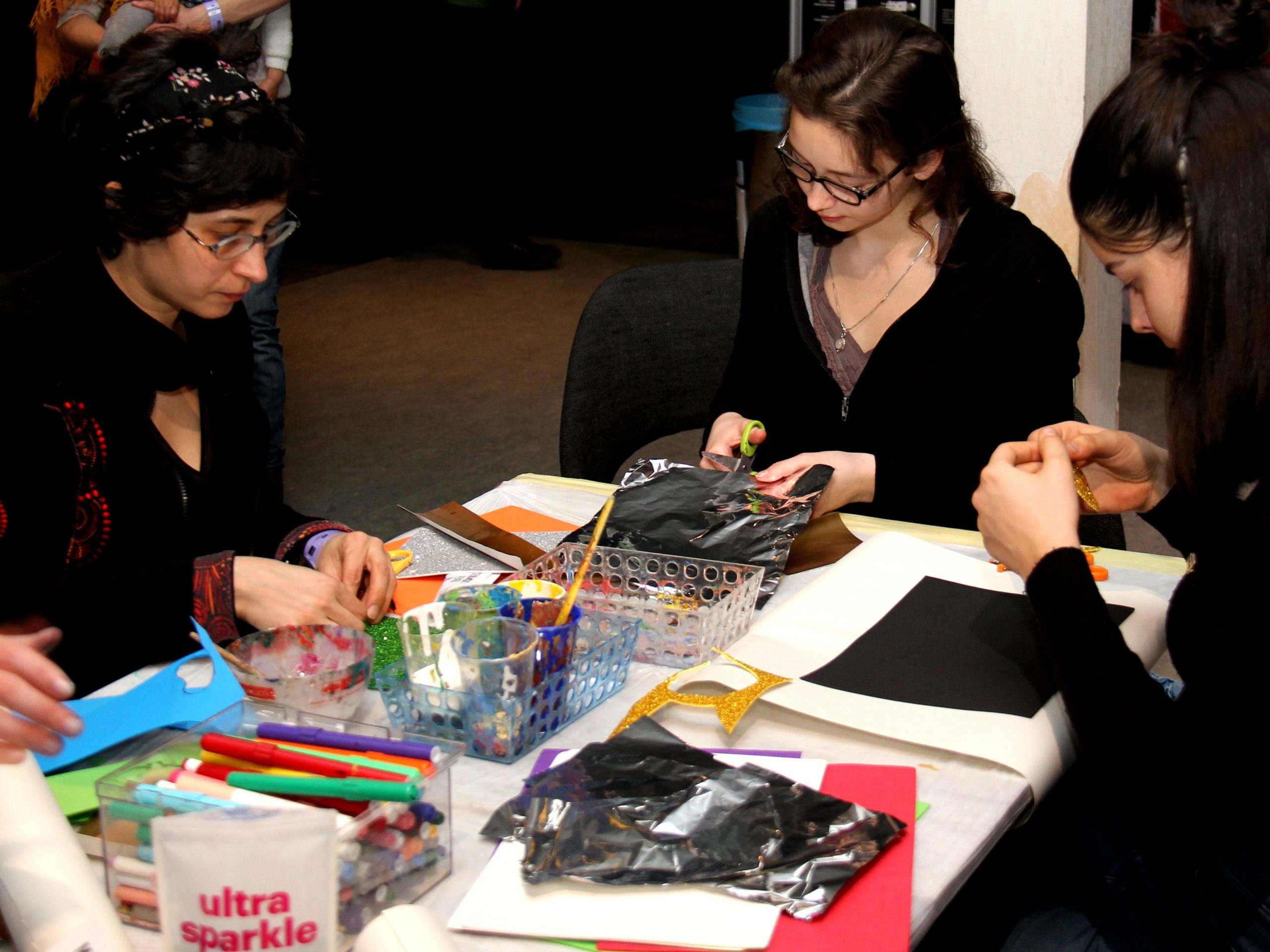 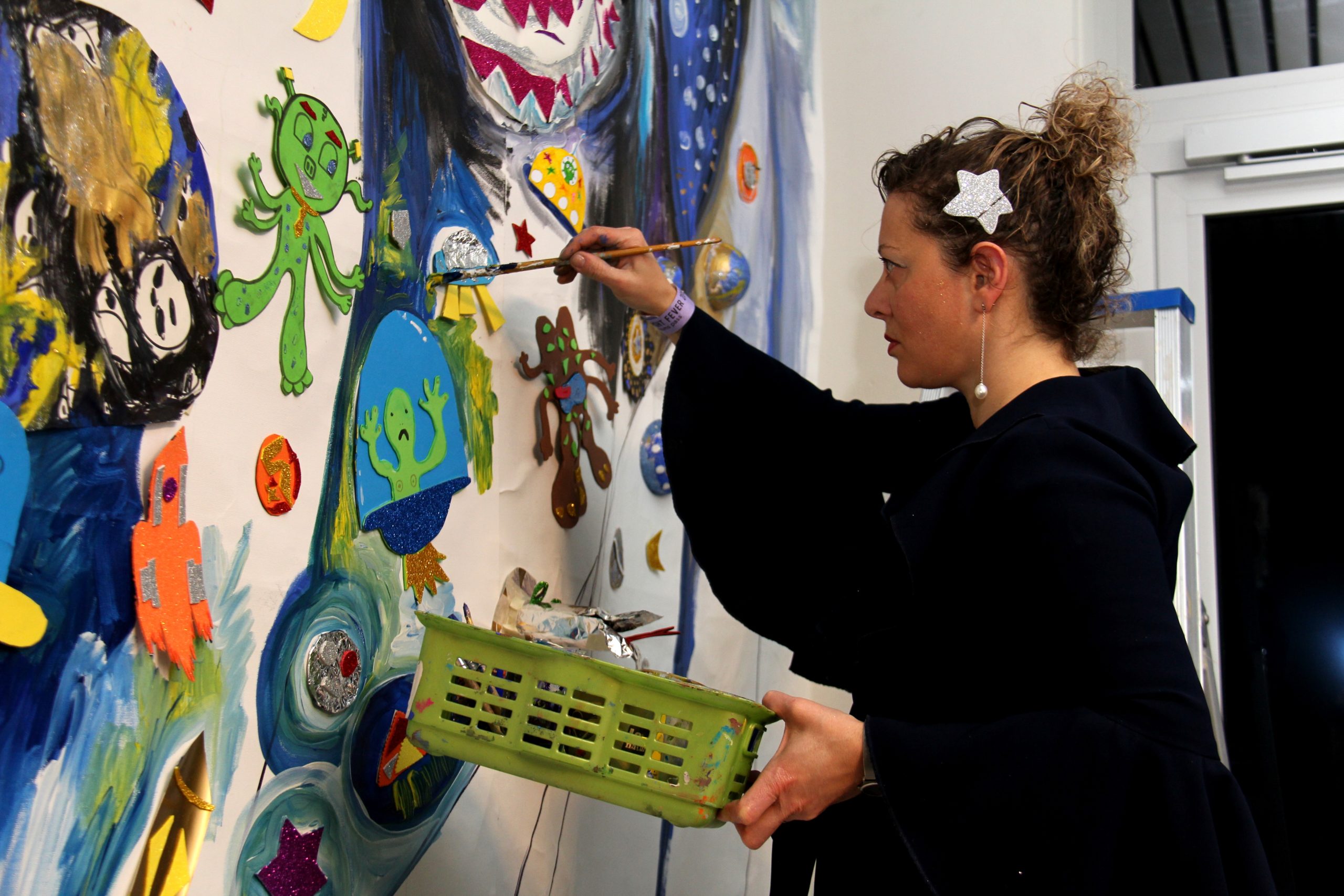 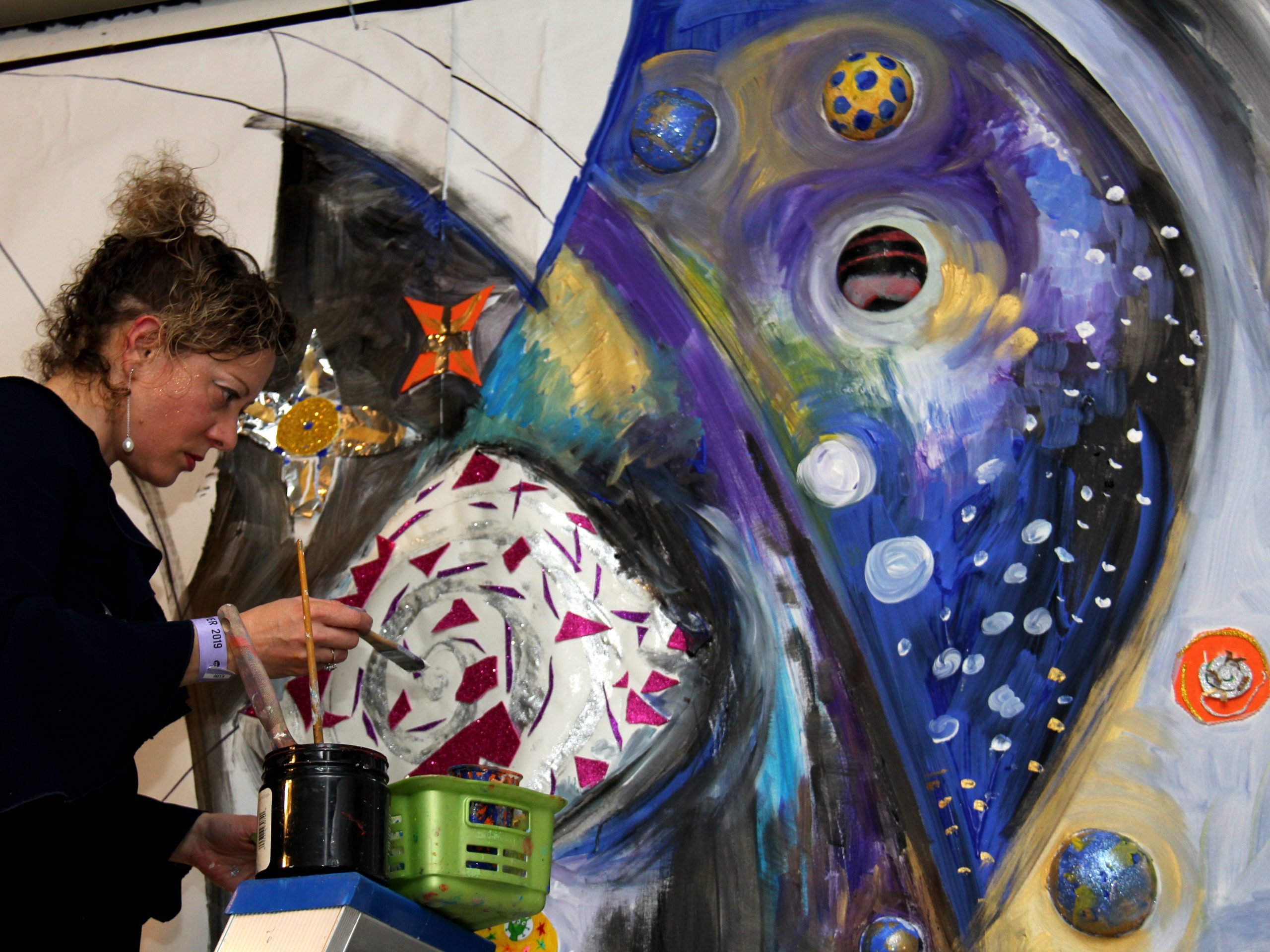 The project VIA LACTEA was conceived for the Planetarium, a Belgian Museum, aiming at bringing together the exact sciences and the humanities by investigating the Gods and characters in Greek mythology that inspired astronomy.
The project was implemented in several steps: a first phase of research and study of the main Greek mythological legends that lent their name to constellations, planets and stars including the Via Lactea, Orion, Andromeda, Ursa major; a second phase of translation, reading and recording voices of different timbre, age, linguistic origin, accompanied by the sound of the harp. The third visual phase involved spontaneous participation of people inspired by listening to Greek myths, all creations were integrated in a 36 square meter canvas. The final details of the monumental painting were projected onto the dome of the Planetarium.