NO HATE in the street

on verbal and non-verbal aggression 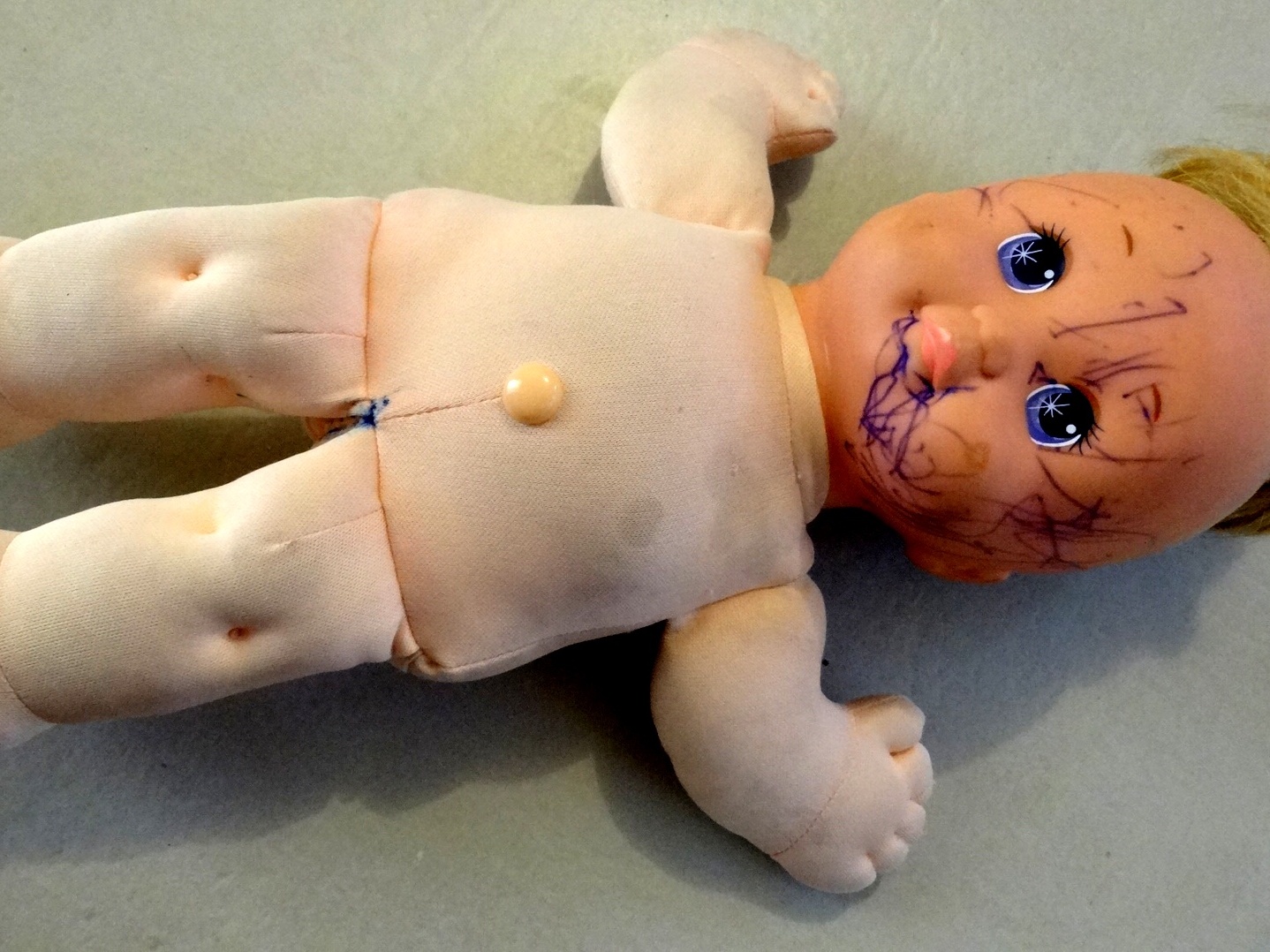 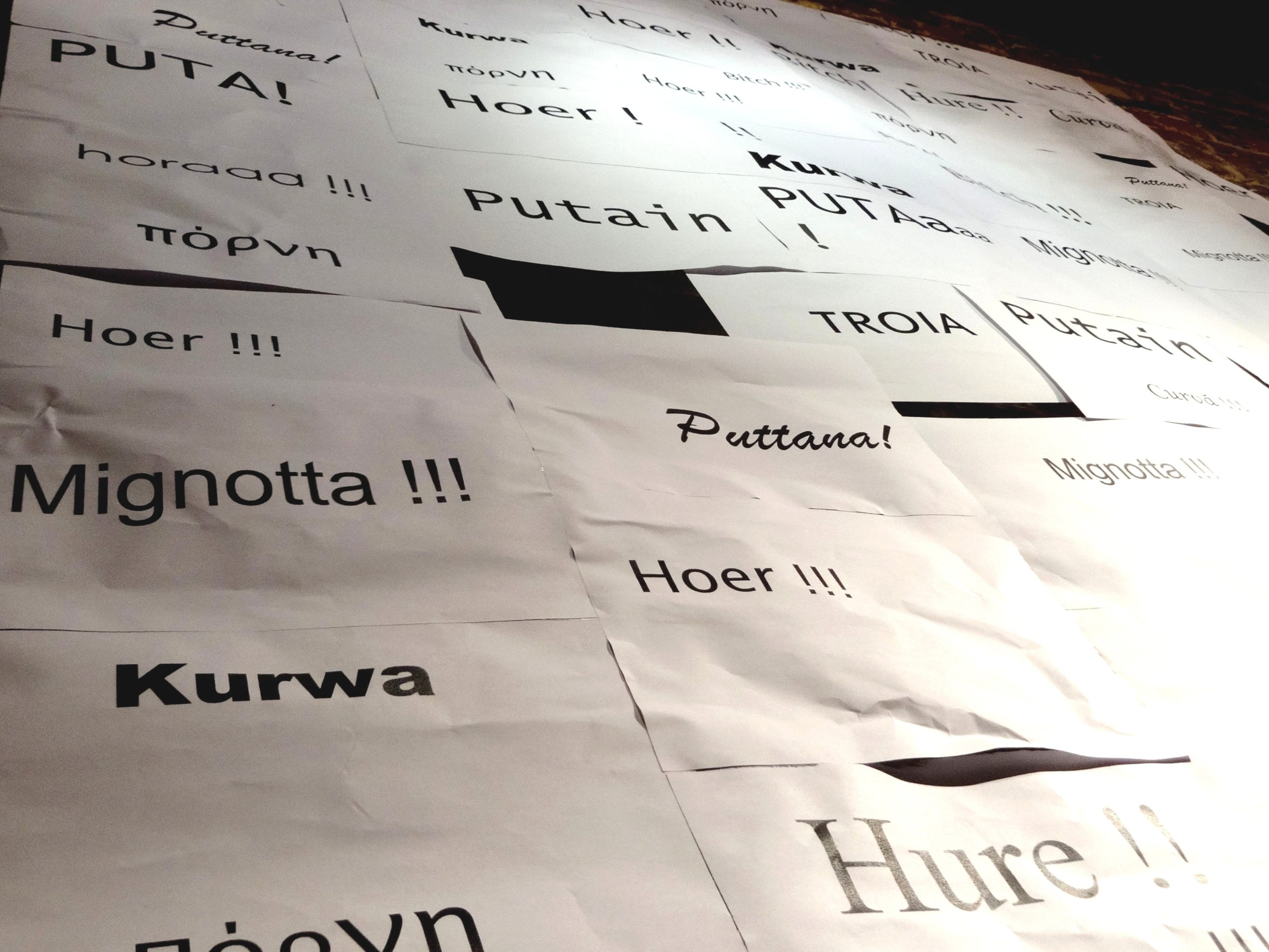 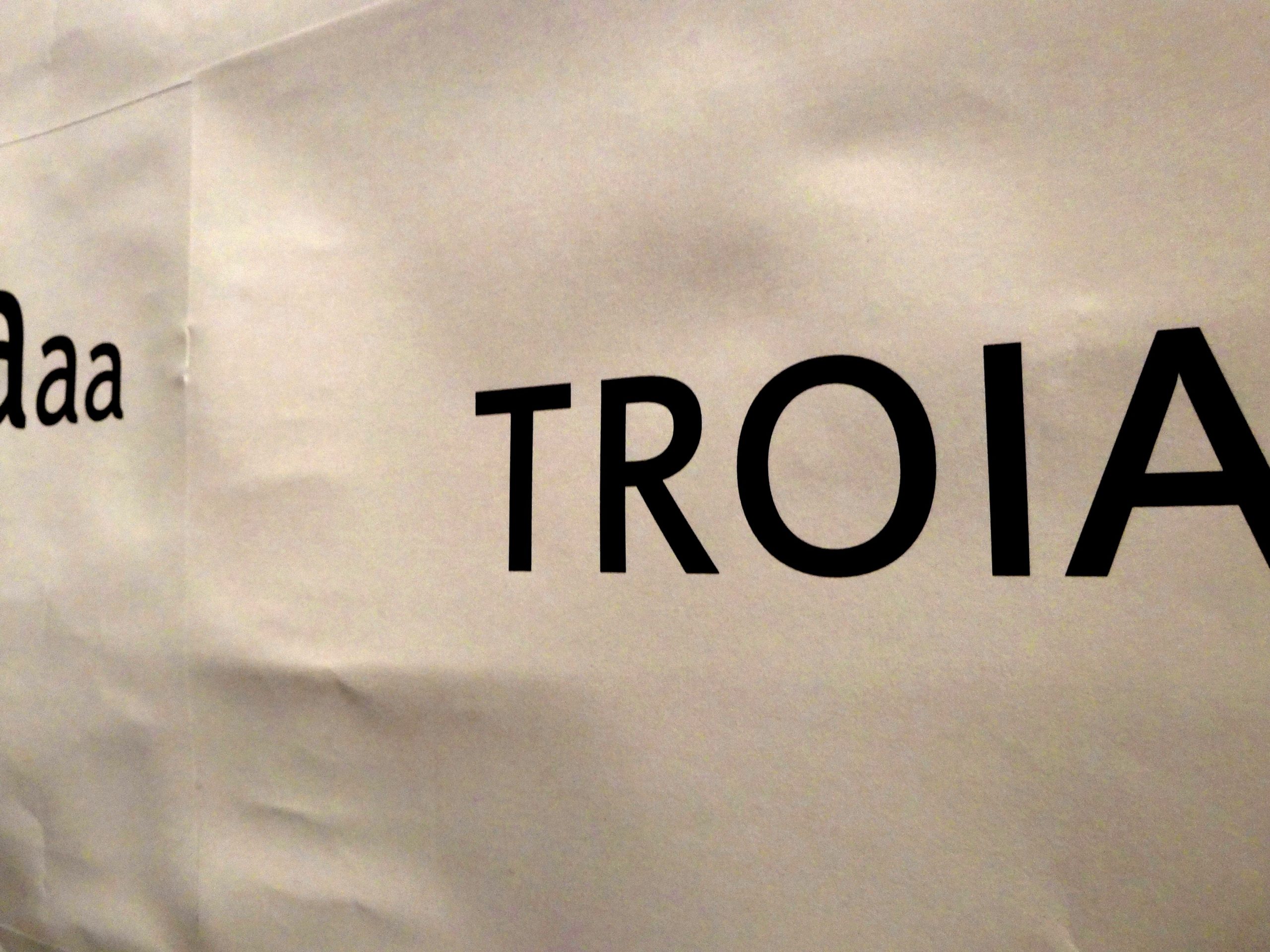 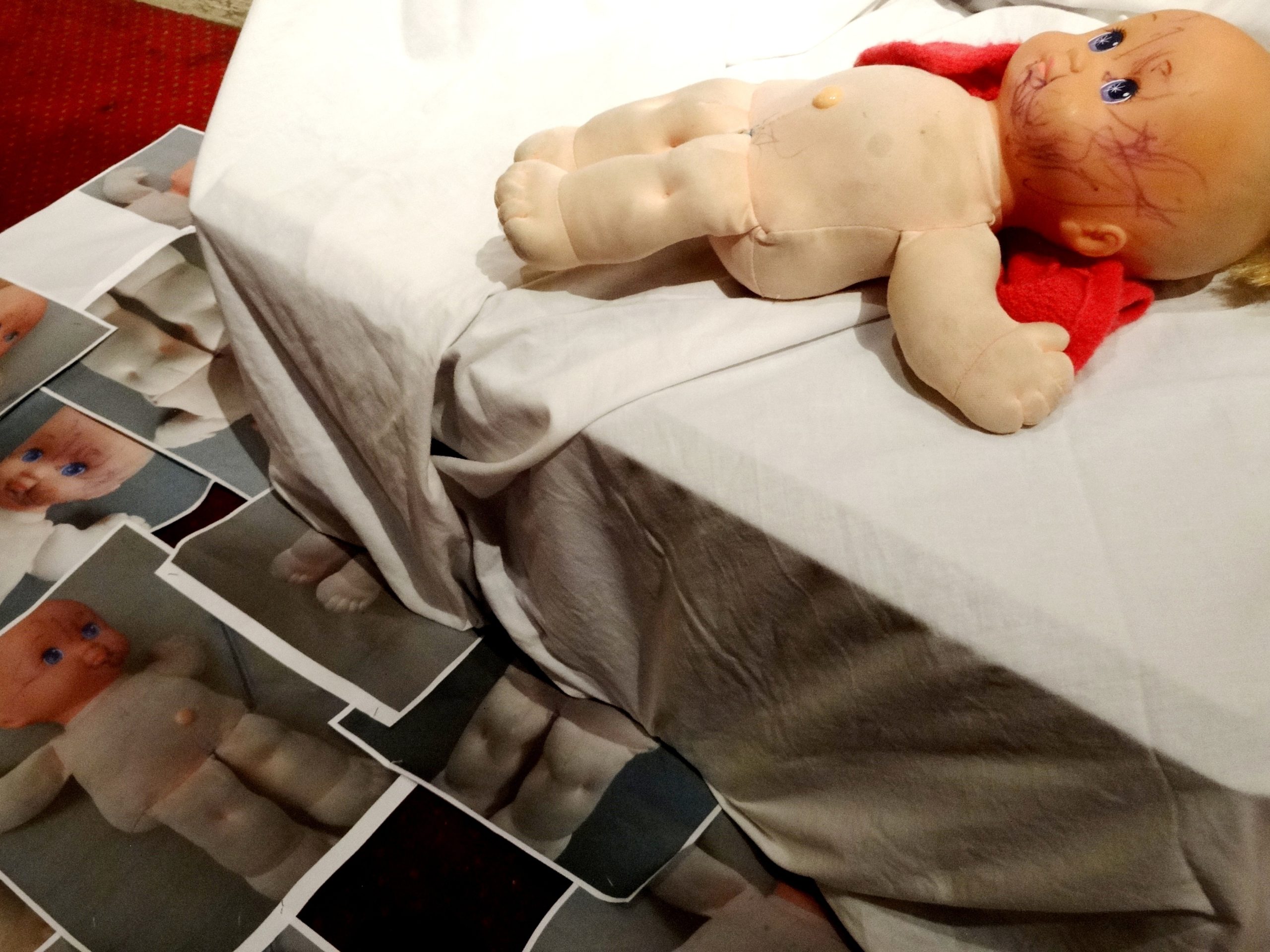 The NO HATE IN THE STREET project was an installation realized for the International Day of Peace.

The inspiration came from children behaviour as they often play with their toys and love to destroy them.

Taking inspiration from this doll, whose face has been transfigured by a blue bic, the same can happen when a woman is seen as a toy, as an ‘object‘.

The aggression can be verbal in the streets and become action within the walls of the house. Photocopies in this case have been used as a fragile tool to reproduce the word WHORE in all languages. Photos of the doll intended to remember the police photos after the crimes on female bodies.