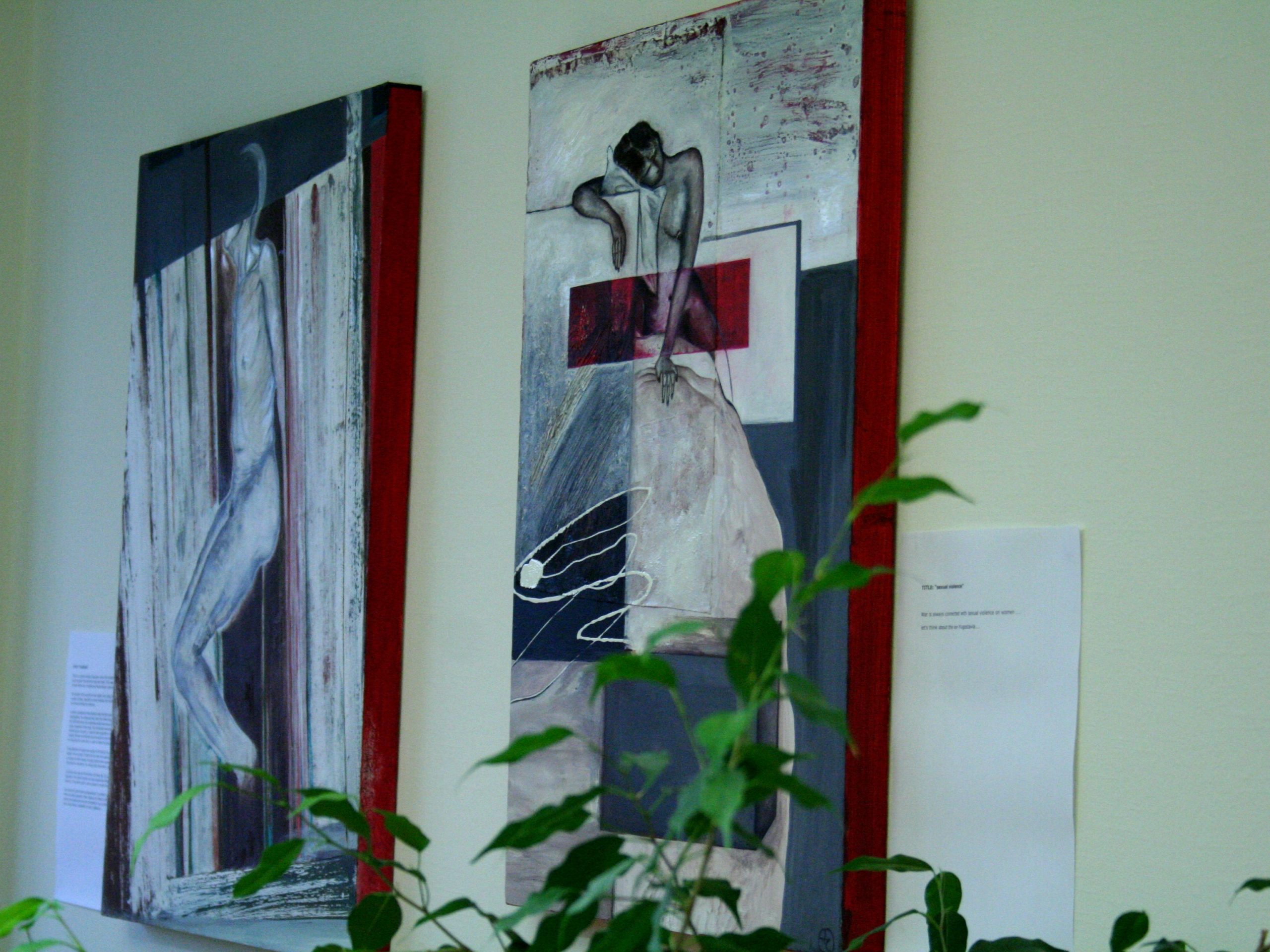 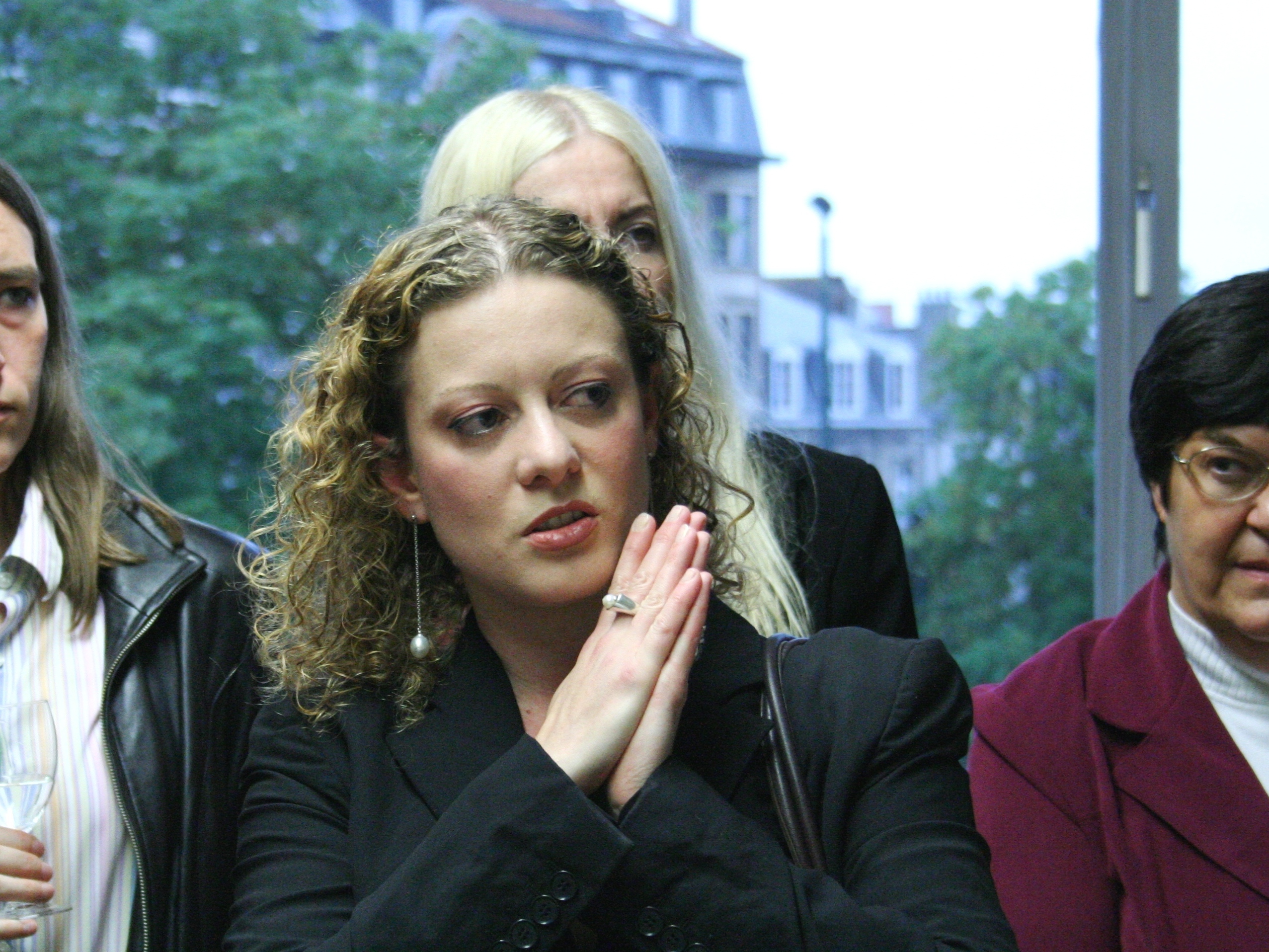 The TORTURE project was realized for the Council of Europe in July 2007.

The exhibition included 15 paintings and an audio installation titled WHY?.

The paintings represented moments of research on many human rights’ issues as psychological torture, sexual violence, electro shock practices, stoning, infibulations and others. For each painting an explanatory text provided sociological data and analysis. The sound installation consisted of a black screen with a single word WHY?, headphones were available to listen to the audio in which a mix of crying voices of newborn babies (immediately after giving birth) and voices of people subjected to torture could be heard mixed together.

it was a difficult listening as a reflection on the human condition, violence and suffering.

One of the paintings, titled ‘Badinter’, received a positive comment from the same politician who fought for the abolition of the French death penalty.

In 2010 TORTURE has been exposed at the Gallery of DG DEVCO of the European Commission and inaugurated the 26th June for the UN International day in support of victims of torture. The painting ‘Congo’ was donated and sold during the Art Charity Auction organised by the DG.

This project was a natural development of the previous exhibition, MARGINE realized for the Human Rights Centre directed by Prof. A. Papisca, exhibited in the Council House, Palazzo Moroni, Padua, Italy from the 8th November to 1st December 2002.